You don't often think that an anniversary can be a sad event. Dogs don't really celebrate anniversaries, but I know my mom and dad would always celebrate their wedding anniversary, every January 24, and it was a happy event. Mom would show me the card she got from Dad and I would sniff it, and then she would set the card next to her night stand, so that she could see it when she woke up in the mornings. Those are happy anniversaries that deserve celebration. They are part of life's milestone markers that serve as reminders of the love and commitment shared by two people - through thick and thin.

And then there are anniversaries that are so sad that we even dread their passing. February 3 is one of those anniversaries for us. It is on that day, one year ago, that Mom had to leave us to set her spirit free, to be unchained by the boundaries of this temporal existence we only know as life. It is a day that reminds us of how much we lost, and how deeply we miss her. And while I sense the presence of her spirit, as does Dad on occasion, we would give away every earthly possession and more to have her back with us.

I live mostly in the moment, like most other dogs, so the days sometimes blend together. The past couple of weeks, in fact, began to serve as a reminder to me that something was different. Mostly, I have been reading the cues that Dad exhibits, even though he thinks he is camouflaging them. Sometimes I think he forgets that I'm a dog, and I have a powerful sense of intuition and awareness. I can feel his anxiety and his melancholy whenever we're together, and as the days draw nearer, it gets more intense. He tries hard to put on a brave face, but he'll never beat me in a game of poker. 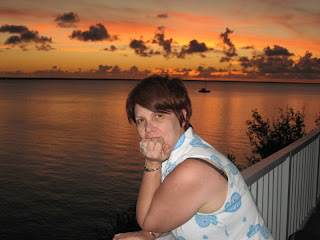 Grief pursues Dad like a stalker. Though his state of mind has improved during the year, lately I have noticed set backs, more so recently. I've seen Dad recede into himself because he knows the stalker is always near, ready to inflict his mental anguish at any moment, day or night. I've seen Dad melt into a puddle of tears at the sight of a picture of Mom, or a song that he will listen to, but mostly he knows he is going to be assaulted by the stalker that is grief over and over on February 3. I also know that as much as I may try to help, there is nothing I can do to prevent his pain. I can just be there for him, like he was there for Mom in her final days. And like him, I will feel helpless, frightened, frustrated and bitter at the world for taking the most loving person in our lives from us so soon. 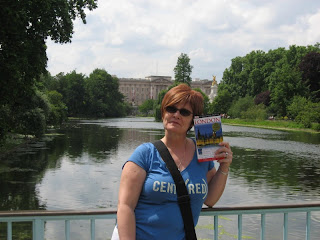 I hear people say that the first year is always the hardest, and that the sorrow subsides as time passes. It is a common refrain when there is no other condolence. I know that people are sincere when they say it too, but often they haven't really experienced profound loss. Because if they did, they would also know that while it is true that time and distance are nature's way of healing, the journey for the bereaved is a long and arduous one that is filled with traps and false hope.

I am reminded of sea glass whenever someone says something similar. Our life together, just the three of us, was like a beautiful piece of crystal that was shattered into nothing but shards of broken glass, with no resemblance to the beauty that it once was. Those shards are still razor sharp and cut deeply today, but if you were able to take them and toss them into the ocean, and somehow were able to retrieve them years later, you would have beautiful pieces of glass that would be frosted by the waves and the sand, and the sharp edges would be worn smooth. You could never put the crystal back together, but the pieces are still beautiful individually, like the individual memories of a beautiful person that graced us with her love and affection for a brief moment in time.

Did I say that I need you?
Oh, did I say that I want you?
Oh, if I didn't I'm a fool you see,..
No one knows this more than me.
As I come clean,...
Nothing you would take,..
Everything you gave.
Love you till I die,..
Meet you on the other side.
- Pearl Jam
Posted by Harry

Dearest Robert and Harry,
Tomorrow has been weighing heavily on my mind, thinking of you both, and only imagining the pain you must be feeling. Oh, how I wish I was closer to be able to reach out and give you both a warm hug.

Your analogy of the sea glass was perfect...and as always I am in awe of your ability to express your love so profoundly. To be loved as deeply as you love Dena is the most anyone can ever hope for in this life.

With my heartfelt warmest wishes,hugs and love,
Sue

Dear Robert and Harry,
This day has been weighing heavily on my heart for the last few weeks especially. I know it's going to be a tough day for a lot of us, but know that I am sending warm thoughts and prayers in your direction. I love you both so much and hope to see you again soon.

With much love and hugs,
Sydney (And the crew)

Just stopped by after a very long time. It's nice to see that you are posting every once in a while.

I personally think that it just get's different, it's easier (and I think more true) than waiting to be able to say it get's better.

A great read for a dog lover (who can deal with a good cry) is The Art of Racing in the Rain. Just keep Harry and a box of kleenex near by.

Hey Harry and Mr. Robert,
We think of you often and wonder how you're getting along. We don't think that anyone is able to comprehend your loss as everyone is unique and affected differently by such a devastating loss. Like Anonymous said it probably never gets better because it can never be like it was. There's a new and different "normal" and it's not better. Perhaps the passage of time does make it easier but not necessarily better. For some reason we haven't been getting alerted when you post so we'll read the back posts now. Our friendship with you was so short and only came about after your loss. Like all of your friends, we sincerely wish that we could wave a paw and make everything just as it was in those happiest days the three of you shared. Mom's looking down from Heaven so you two need to strong and hug each other.
- TBH&K

Hi Harry and Mr Robert
Loss is so difficult - you have so many moments when you think you can't go on, but you do - because that's how life goes. May you be comforted with the thoughts & memories of your Mom/wife.

You had a wonderful relationship with your Mom, and time does make it easier to remember. I don't think you will ever truly be over it, you will have times when a memory or picture will stop you short, but I think you will find yourself smiling a little more at those memories and pictures.