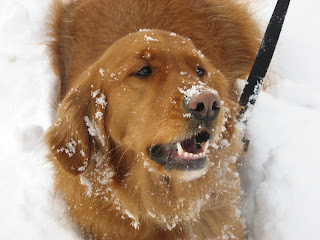 The Monday news cycle started out with a bang this morning with the unveiling of the Treasury’s long awaited plan to clear out the “legacy assets” that are rotting away at the balance sheets of many of our largest financial institutions, which in turn has caused credit markets to spasm and to deepen the current economic death spiral. I grabbed the WSJ from my dad this morning, so I could get a first look at Treasury Secretary Geithner’s Op-Ed article.

Now I’m not an economist, though I may play one on this blog from time to time, but I think the Treasury Secretary deserves a pat on the head for his efforts, and maybe even a juicy steak bone. Lately, he has been bashed by just about everyone, while practically doing all of the heavy lifting himself in to put our economy back on the rails. I was beginning to feel like Secretary Geithner was some abused dog who was getting kicked by just about everyone except President Obama. Enough is enough people! That kind of treatment is not healthy, and Cesar Milan is already a very busy guy.

My dad is just as angry and frustrated with the current situation as everyone else, so it’s been my job to calm him down and give him some encouragement when he needs it. That’s why he has me in the first place. He, along with millions of other people who have been thrown out of work through no fault of their own, has every right to rage against these faceless institutions who made reckless bets on questionable assets, and now require mind boggling sums of government assistance to keep them and our sinking economy barely afloat.

Being the well read Golden Retriever that I am I showed dad Tom Friedman’s article in the Sunday NYT. He liked the point Mr. Friedman made and said he would help me type this post. We both agree that the time for venting our populist outrage is over, and now is the time to start demonstrating leadership and making constructive efforts to get us out of this mess. Judging from the market’s reaction today, it would seem as if the Secretary’s plan is a good start, and will hopefully redirect the public’s attention away from the AIG distractions. This may also mute some of the criticism from pundits on both the right and left who seem to favor either a laissez-faire solution or complete nationalization, respectively. I think this problem is too large, too interconnected and too complex to be solved by an all or nothing approach. This plan is a hybrid solution that provides incentives for participation, and is worth trying.

Now is the time for President Obama to seize on this opportunity and provide the leadership needed to squelch this wave of populist outrage that is sweeping the nation. He needs to spend all his political capital on this plan, or else risk losing it the same way our financial institutions did on subprime mortgages. Personally, I also think he should take Secretary Geithner to the park and throw a ball to him a few times. For those who are interested, you can read my dad's post in the Dealbook section of the NY Times.

Hello~
First I must say this at least one time: You're an extremely gifted writer and your dog is absolutely beautiful! I have a 7 year old Rottweiler who is my love and with me 24/7. Recently he and I lost our Hershey (12 years old) to cancer.Also a Rottweiler.It's so nice to read such a creative blog like yours-Thank you!
I don't want to sound like I always agree with you, but this time I do. I've watched the markets closely for many years, especially during our economic crisis. Your right that todays market rally is one sign that the Treasure Secretary is on the right path.I'll be watching C-SPAN bright and early tomorrow on my time-4 AM, PST.
Happy blogging~Gayla

You post such great pictures of Harry! What a gorgeous boy, and an excellent blog you've got! I look forward to seeing and reading more!

Harry is the smartest dog that has ever penned a blog. Keep up the good work. I really like your views of the news and the lighter items also.